By Danny GuerreroJune 3, 2019News
No Comments

Hood River, Oregon – May 23, 2019, U.S. Secretary of Commerce Wilbur Ross presented SightLine Applications with the President’s “E” Award for Exports at a ceremony in Washington, D.C.. In total, Secretary Ross honored 48 U.S. companies with the President’s “E” Award, the highest recognition any U.S. entity can receive for making a significant contribution to the expansion of U.S. exports.

“Our business development team has worked closely with our network of international agents to ship to over 130 international companies,” said Steve Olson, SightLine Applications, CEO. “The “E” Award demonstrates our expertise serving a wide range of diverse customers all over the world.”

In 2018, U.S. exports were the highest on record with U.S. services at $821.1 billion and U.S. exports of goods reaching $1.7 trillion, demonstrating how American private enterprise can not only survive, but thrive, in the international market.

American companies are nominated for “E” Awards through the U.S. and Foreign Commercial Service office network, located within the U.S. Department of Commerce’s International Trade Administration. Record years of successive export growth and an applicant’s demonstration of an innovative international marketing plan that led to the increase in exports is a significant factor in selecting the overall winners.

For more information about the “E” Awards and the benefits of exporting, visit www.export.gov. 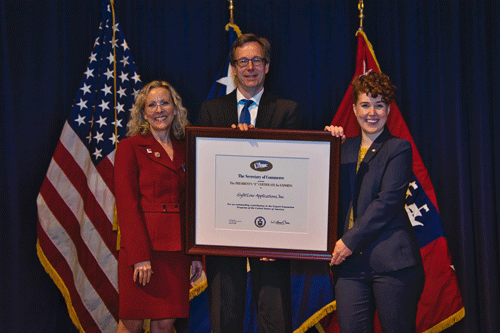 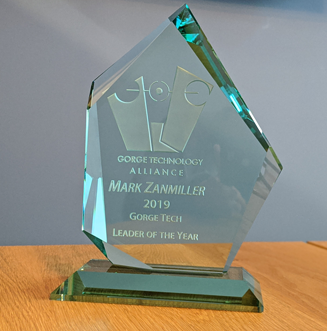 SightLine Applications adds significant value to a wide range of advanced camera systems through our onboard video processing solutions.

We use cookies to ensure that we give you the best experience on our website. If you continue to use this site we will assume that you are ok with it.AcceptPrivacy Policy